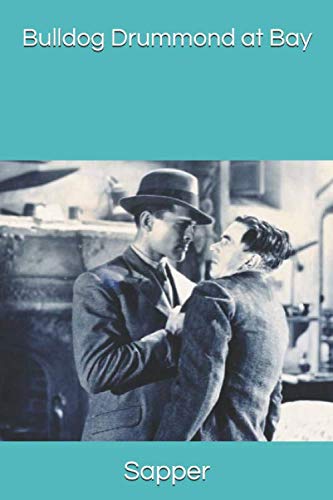 While Hugh “Bulldog” Drummond is staying in an old cottage for a peaceful few days of duck shooting, he is disturbed one night by the sound of men shouting, followed by a large stone that comes crashing through the window. When he goes outside to investigate, he finds a patch of blood in the road, and is questioned by two men who tell him that they are chasing a lunatic who has escaped from the nearby asylum. Drummond plays dumb, but is determined to investigate in his inimitable style when he discovers a cryptic message.